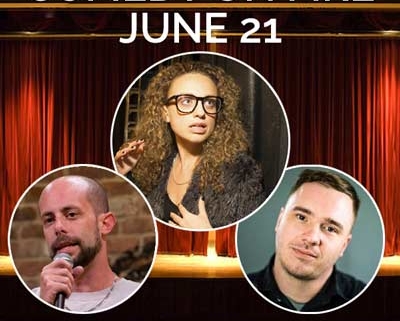 We’re heating up comedy night with three of the best comedians around! 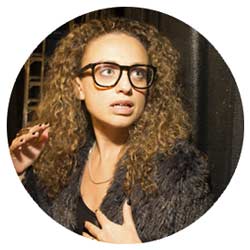 Leah Bonnema is a stand-up comic based in New York City. She’s been featured on AXS TV’s Gotham Comedy Live, IFC’s Comedy Crib, TruTV’s Comedy Knockout, Elite Daily’s Schlep and Why It’s Ok To Be A Single Girl On Valentine’s Day, Broadway Video’s The Henkle Factor with Michael Che, Vh1’s 100 Greatest series, VProud’s You’re Not Crazy and is a regular on SiriusXM Radio.

Huffington Post named her one of their Favorite Female Comedians and she was on The America Stands Up Showcase at The International Glasgow Comedy Festival. 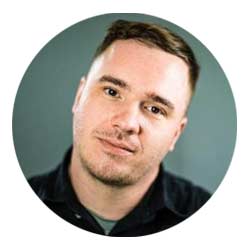 Paul born in Boston but grew up in Pennsylvania brings a unique and different outlook to the world he lives in through his comedy.  Knowing both the crowded city life but also the quiet country life leads him to have a different view on everything happening in his own life and around him.  Paul brings a honest truthful in your face kind of honesty about what a lot of us take for granted in the everyday world.  Comedy therapy where someone says what you were always thinking.

Paul also loves to take time to donating to charity events, running, and working his own events for one of his favorite charities B4BC.org where he’s raised over $10,000 for breast cancer. 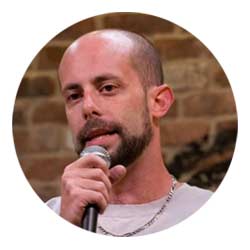 Ryan Brauth is the house emcee and regular fan favorite at COMIX Mohegan Sun in Connecticut. When he isn’t performing at COMIX, he can be seen all over the Northeast from New York to Maine and everywhere in between at some of the biggest clubs including Rhode Island Comedy Connection, City Steam and Funnybone Hartford, Nick’s Comedy Stop in Boston, Headliners Comedy in New Hampshire and Maine, and also New York Comedy Club in Manhattan. Ryan regularly works w/ the some of the biggest acts in comedy including Dave Attell, David Koechner, April Macie, Paul Mecurio, Big Jay Oakerson, Bert Kreisher, and also tours w/ Josh Wolf.

Ryan also runs the COMIX Craft Comedy Series where he takes over local breweries for a night of hilarious laughs and delicious craft beers.

Our last Comedy Night sold out in advance, so purchase your tickets early!

Kick the night off with dinner at Fire at the Ridge. Dinner service from 5 p.m. to 9 p.m.

Tickets are $20 and your first beer or glass of wine is included. Dinner is not included with your ticket.